Skip to content
Home » News » Use a Pen Name, Hire a Ghostwriter: Authorship Is More Complicated than You Think 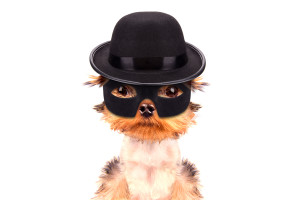 People usually assume that the name on the cover of a book is the author, and in general, that’s true. However, there are many reasons that the author listed on a book’s cover might not be quite as straightforward. Some authors hire a ghostwriter to help them get their ideas into words. Other authors use a pen name, which is rather like a literary disguise. Why would an author need a disguise? Here are some of the reasons we’ve found in our research:

1. To protect their reputation. George Orwell was the pen name of Eric Arthur Blair. When he published his first novel, Down and Out in Paris and London, he chose a pen name so his family wouldn’t be embarrassed by his life.

2. To separate their “serious” work from their “frivolous” work. Stan Lee, the famous comic book maker, is the pen name of Stanley Martin Lieber. He intended to write more literary novels, so he kept his real name for that. However, his comic book work became his life’s work, and he eventually changed his name legally to Stan Lee.

Stan Lee isn’t the only author to use a pen name that eventually became his legal name. The poet Pablo Neruda was born Ricardo Eliecer Neftali Reyes Basoalto. When he began to publish poetry, he chose a pen name to hide the fact from his father, who disapproved, and to honor the Czech poet, Jan Neruda.

3. Publishers insist. Stephen King was asked to publish some of his novels under the name Richard Bachman, because his publishers thought readers wouldn’t buy two novels by the same author in one year. They were proved wrong there!

4. Their name is the ‘wrong’ gender for their genre. Joanne Rowling, author of the Harry Potter series, was asked by her publishers to use her initials, because they thought boys wouldn’t want to read a book about a boy if it was written by a woman. Rowling didn’t have a middle name, so she chose K to honor her grandmother, Kathleen.

5. They write in more than one genre and want to keep them separate. This can go back to #4. For instance, Nora Roberts used her real name for her romance novels and the more masculine-sounding J.D. Robb for her thrillers.

Using a pen name is the flip side of hiring a ghostwriter. Both have to do with navigating the facts of publishing, credibility, and the life-work balance.